ClearWater Academy is fortunate to have a highly experienced, knowledgeable, and passionate board of directors who define our mission and purpose; ensure effective planning; monitor and strengthen programs, services, and curriculum; ensure adequate financial resources; protect assets; and provide financial oversight. 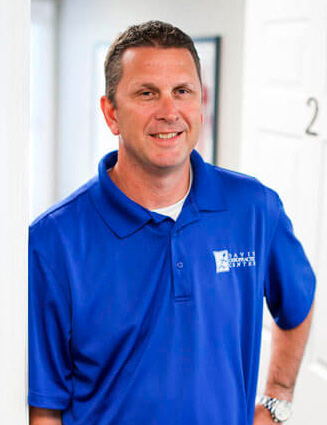 Dr. Davis had been a chiropractic patient for his entire life due to his mom’s incredible life-saving experience with chiropractic during her childhood. She had terrible asthma that no medical doctors could help her with. Chiropractic allowed her to get better, and Dr. Davis has always enjoyed the many health benefits offered by chiropractic care. Combined with his love of helping others, becoming a chiropractor was a natural choice. Dr. Davis attended Life University in Marietta, Georgia, earning his Doctor of Chiropractic and Bachelor of Science in Nutrition. He’s been in practice for more than two decades and is a member of the Georgia Chiropractic Association. He’s also an examiner for the National Board of Chiropractic Examiners. Married to Shelly for over 25 years, Dr. Davis and his wife stay busy with their family. They have four sons. Parker and Palmer attend Trinity Christian School and their oldest two sons are currently in college. Pierce is attending Kennesaw State University in Kennesaw, Georgia; Preston, is attending Life University in Marietta, Georgia, following in his father’s footsteps and studying to become a chiropractor. In his spare time, Dr. Davis enjoys being outdoors fishing, boating, camping and going to NASCAR races. Babies, children, moms, dads and senior citizens alike are all welcome at Davis Chiropractic Center. They also see many auto accident victims and those with sports-related injuries. Dr. Davis provides full-body chiropractic care and adjusts extremities. He also specializes in foot care.They also offer adjunctive therapies such as rehabilitative exercises, traction and electrical muscle stimulation to give your healing an extra boost. 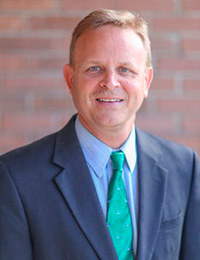 Eric Dial is President of Dial Strategic Consulting, a non-profit consulting and government affairs firm located in Tyrone, Georgia. With his non-profit clients, Mr. Dial works in the areas of developmental and organizational management. In his governmental affairs work, he has played a key role in various successful legislative efforts including civil justice reform and property rights. Prior to forming Dial Strategic Consulting, Mr. Dial worked in the office of U.S. Representative Mac Collins (R-GA), where he spent more than three years in the Washington, D.C. and Georgia offices. In 2007, Mr. Dial was elected to the Tyrone Town Council, and in 2011 he was elected Mayor. In 2012, Mr. Dial was elected by his mayoral peers to serve as Fayette County’s representative to the Atlanta Regional Commission (ARC). As a part of his service on the ARC Board, he is a member of the Governance Committee and Vice Chairman of the Strategic Relations Committee. He has served on several boards in his community including the School Councils for Tyrone Elementary, Robert Burch Elementary, Flat Rock Middle School, and Sandy Creek High School. He is also a member of multiple athletic booster clubs in support of his sons. Mr. Dial has lived in Fayette County for 30 years. He has lived in Tyrone for 15 years and currently resides there with his wife, Cheryl, and their three sons, Connor, Lawson, and Langdon. Mr. Dial received his B.A. in Political Science from Georgia State University. He graduated from the U.S. Senator Paul Coverdell Leadership Institute in 1999. 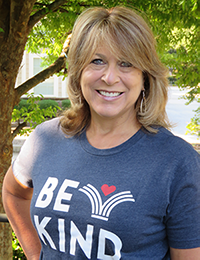 Heidi Johnson holds a M.Ed. in Special Education from Albany State University and a B.A. in Liberal Studies with a minor in Mathematics from San Jose State University. She has certifications in Elementary Education, Middle Grade Education in addition to a Reading and Gifted Endorsement. She has been an educator for over thirty years. Heidi is a FranklinCovey Certified Facilitator for The Leader in Me and 7 Habits of Effective Families. She is trained in Love & Logic and MindSet Crisis Prevention Strategies. She has presented at numerous conferences on creative and innovative learning approaches utilizing differentiated instruction and multiple intelligence theory, and is a member of the Fayette Chamber of Commerce and Delta Kappa Gamma sorority. Additionally, Mrs. Johnson serves as Board Secretary for the Georgia Association of Private Schools for Exceptional Children. She is a wife and mother of three grown sons, two of which are married, and recently she became a grandmother. Meeting the needs of children has always been her passion. CWA provides an amazing environment that fosters discovering the strengths in students, and creating hope for families. Mrs. Johnson believes that magic happens at CWA through the love, compassion, and methods used where students grow into their potential. She feels blessed to be able to serve in such an incredible school. 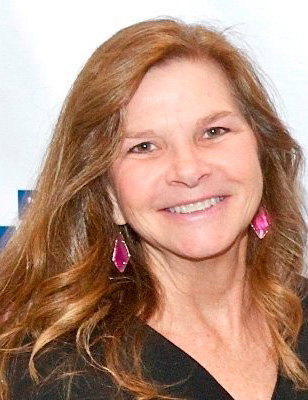 Evelyn Barella is Director, National Media Relations, for the American Cancer Society Corporate Headquarters in Atlanta, Georgia. She has more than 15 years’ public relations, media relations and project/event management experience in health care and national health nonprofit organizations. She has proven success in promoting fund-raising and awareness campaigns through traditional media strategies and innovative outreach in the nation’s top markets. She has 20 years of editorial experience and has worked in magazine and newspaper publishing. During her professional career, Ms. Barella has received awards for her writing and commitment within the nonprofit sector. Ms. Barella’s community and volunteer experience includes participating as a team captain for Making Strides Against Breast Cancer and the American Cancer Society’s signature fundraising event Relay For Life. Ms. Barella received a Bachelor of Science degree in journalism from Bowling Green State University, Bowling Green, Ohio, in 1984. She resides in Fayetteville with her husband, Bob, and together they have three children, Melissa, Cory and Lauren. 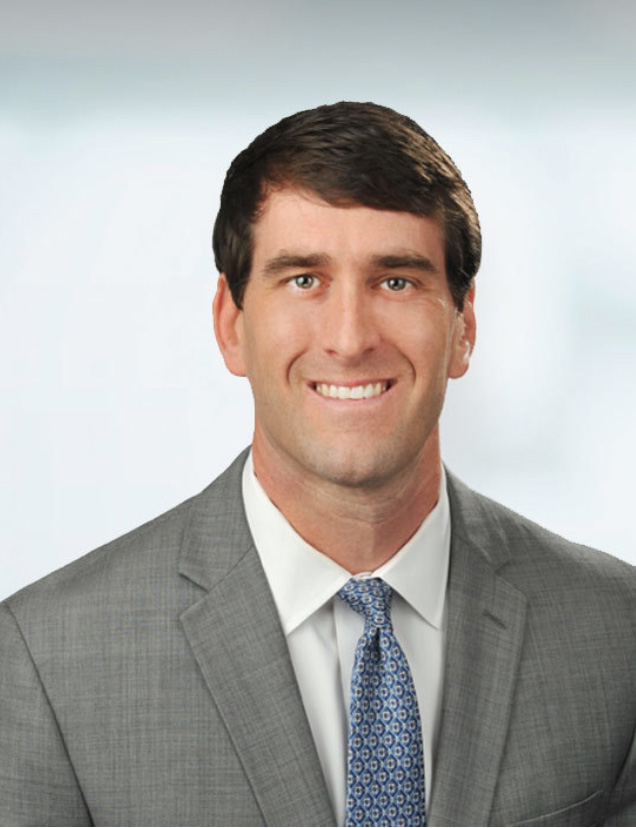 Blake Staten is an attorney and partner at Swift Currie in Atlanta, Georgia. He practices workers’ compensation defense and specializes in defending employers and their insurers in cases that involve bodily injury. He represents companies in the poultry processing, wholesale food distribution, trucking, appliance manufacturing, airport management and restaurant industries. He also works with staffing agencies and automobile trade associations. He resides in Peachtree City with his wife and two small children. 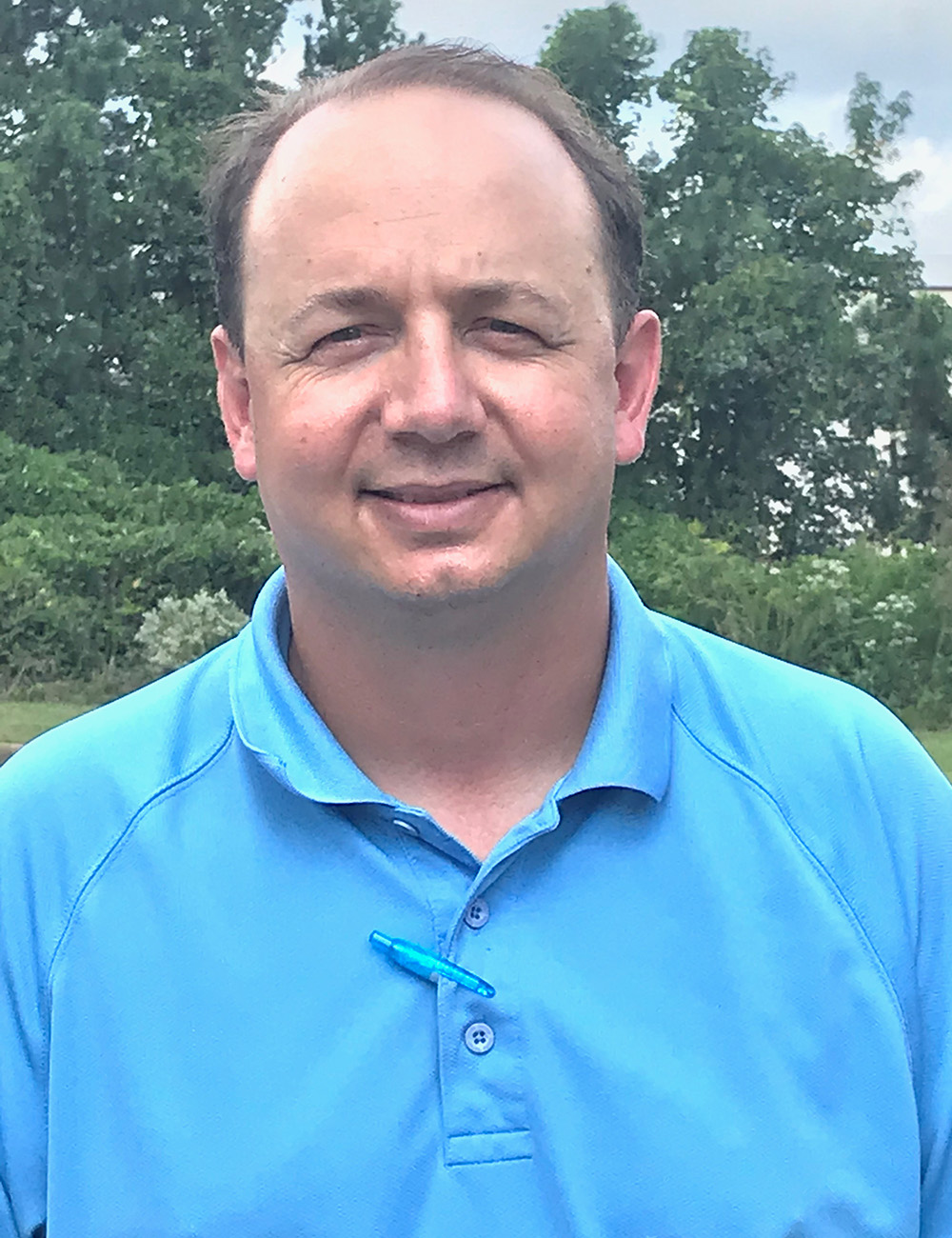 Brett is a life-long resident of Fayetteville, Georgia. A graduate of Woodward Academy and the College of Charleston, Brett began his career in medical equipment sales in 2000. In 2001, he founded Absolute Medical Equipment, Inc., a durable medical equipment company specializing in home medical, respiratory therapy and rehabilitation equipment. Absolute Medical Equipment, Inc. currently has offices in Columbus, Fayetteville and Newnan, GA. Brett is active in Fayette County youth sports, especially baseball and football. He is a long-time assistant coach for the Young Guns Baseball Team and Brooks Bears Football Organization. Brett’s hobbies include hunting, fishing, coaching and spending time with his family. He is married to Natalie, and is the father of Ellis, middle school student at ClearWater Academy, and Michael, a fifth-grade student at Sara Harp Elementary. 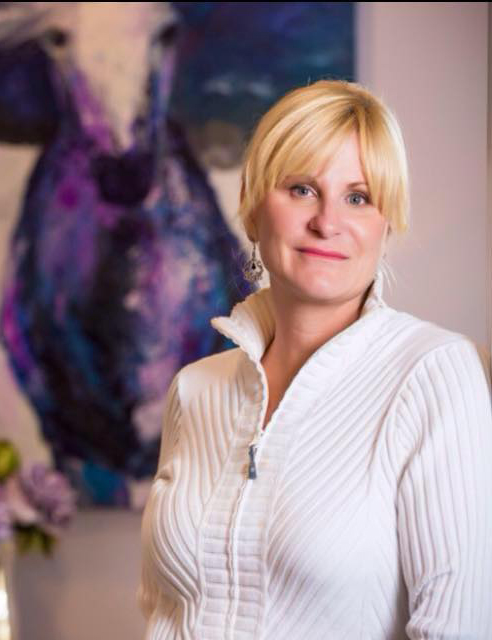 Mrs. Kassem’s passion and commitment for empowering students with disabilities began with her own son, diagnosed with Autism and other learning differences. Mrs. Kassem’s research into developmental disabilities and her vision are what set the foundation for how the staff at ClearWater Academy serve their students’ needs each day. Without her dream to create a uniquely different learning environment that supports a student’s individual learning differences, social/emotional development, and therapeutic needs, ClearWater Academy would not exist today. Fayetteville residents, Dr. Mohamad and Lynne Kassem, received the prestigious NobisWorks Luminary Award for Professional Advocacy at the Galaxy of Stars & Tommy Awards in Atlanta. As founders of ClearWater Academy in Tyrone, the Kassems have championed students with learning differences and disabilities. The Galaxy of Stars Luminary Award for Professional Advocacy honors professional leaders who have campaigned for the needs and rights of individuals with disabilities. NobisWorks, established by one of the NFL’s most prolific linebackers and Atlanta Falcons great, Tommy Nobis, develops and provides job training, employment and vocational support for youth and adults with disabilities and other barriers to employment. 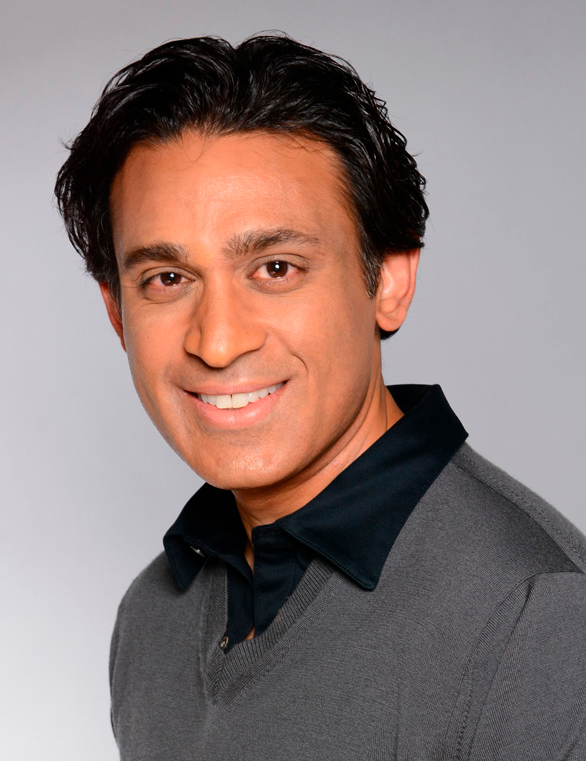 Suvrat Bhargave, MD, is a renowned and respected educator, speaker, and board-certified psychiatrist, specializing in child and adolescent psychiatry. His uncanny ability to relate to a multi-demographic audience has allowed his practice to reach an unparalleled level of success based on empathy, education, and empowerment. Affectionately known for his “relatable expertise,” Dr. Bhargave is highly sought after to lecture locally and nationally on a broad range of topics related to personal growth, effective parenting, relationship satisfaction, and mental health conditions. After completing his residency training and specialty fellowship from Duke University, Dr B (as he is lovingly called by his patients) has worked in hospital, community health, and private practice settings. Throughout the years, he has been most inspired by the impact his caring nature, education, and treatment have had on others to facilitate change and to experience fulfillment through gradual but dynamic moments of insight and awareness. A passionate advocate for healing and empowerment, Dr. B is compelled to bring a world of change to a single person or an audience of listeners one moment at a time.